The Chernobyl nuclear disaster took place in the early hours of April the 26th, 1986, when the fourth reactor exploded contaminating, not only Ukraine else many parts of Europe. Only security officials and accredited personnel are allowed to enter the 30 kilometers exclusion zone around Chernobyl where the radiation is still leaking.

But in the outside areas the life is not easy. Despite the radiation, thousands of people still live there. Contaminated areas are predominantly agricultural and there is no reliable information about the current radiological and environmental conditions, which constitutes a potential risk to their health. Most of those who remained in the zone are poorly skilled and many are unemployed. Besides the lack of young people has an additional impact on the income of these areas, that has to depend on the poorly valued effort of elderly people, working mostly in the land. 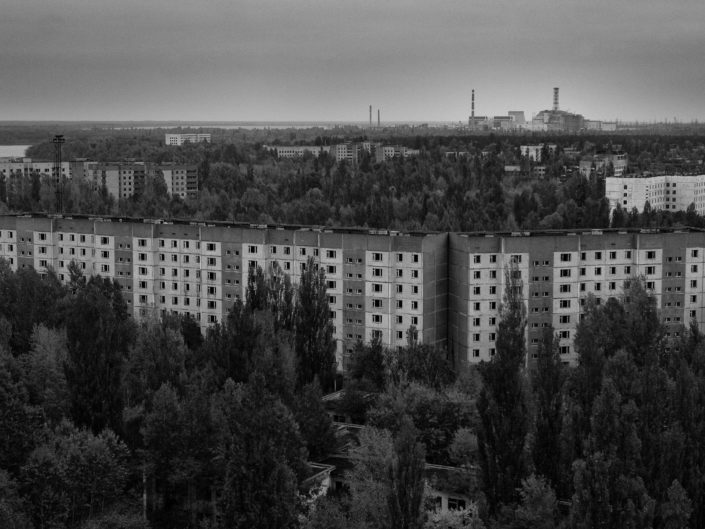 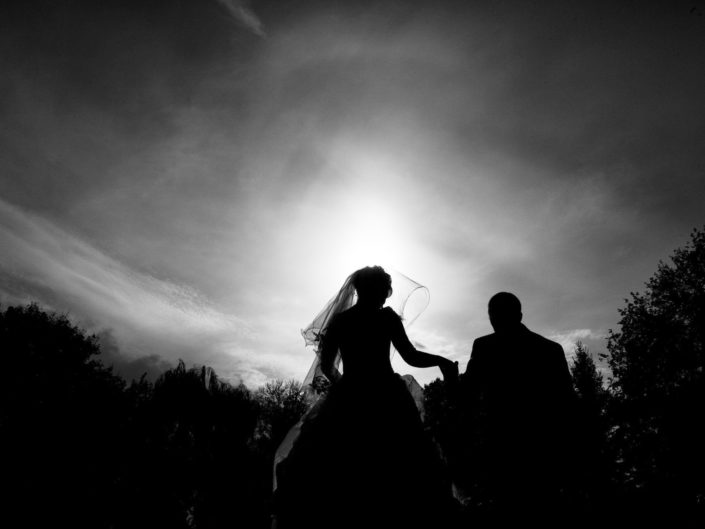 Elena´s wedding in Ivankiv City. Ivankiv is located 30km from the Forbidden Zone. 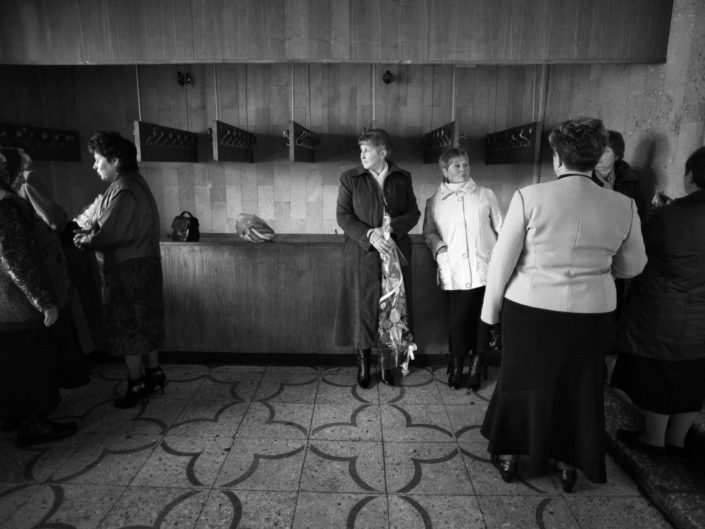 A wedding party in Ivankiv, around 40km from Chernobyl 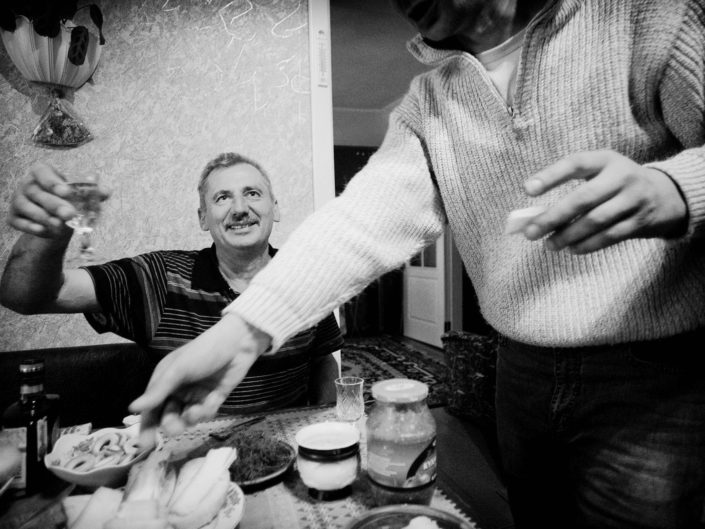 Alexey´s family toast with vodka in Sukachi Village. As a consequence of the situation in the area (unemployment, bad health, etc.)

The fourth reactor seen from a bus 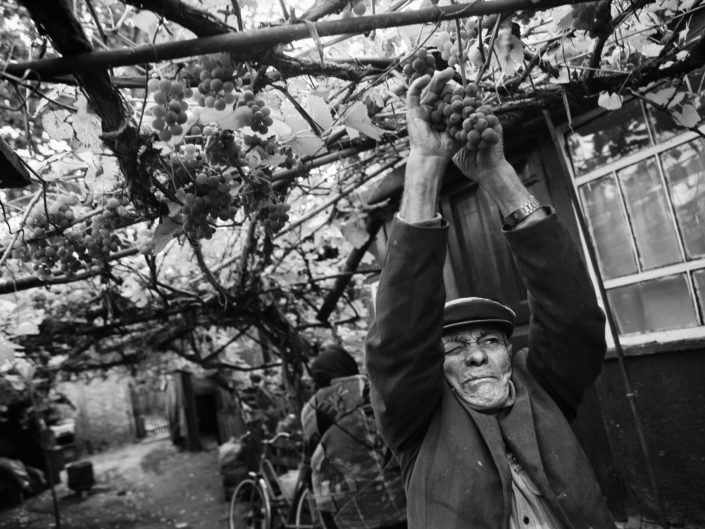 A man takes grapes to eat despite authorities warm to don´t eat products from the land because they can be contaminated. 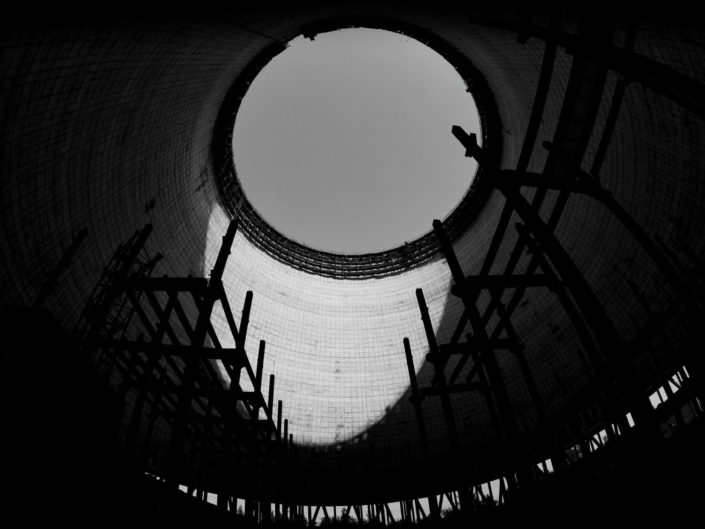 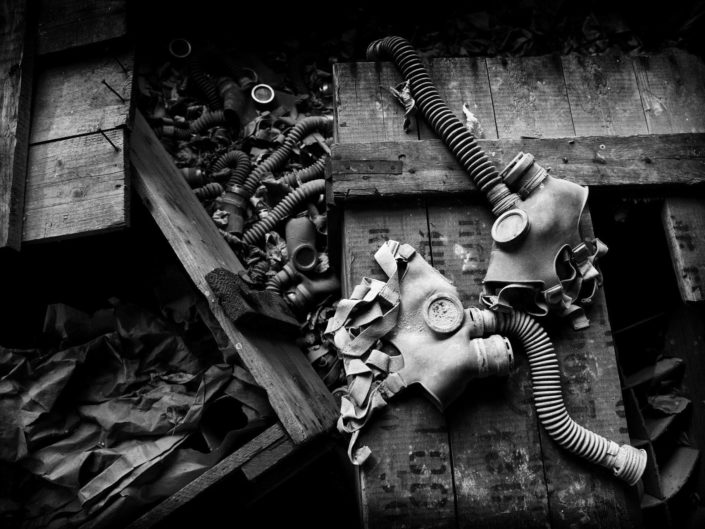 Gas Masks in a abandoned School of Pripyat. 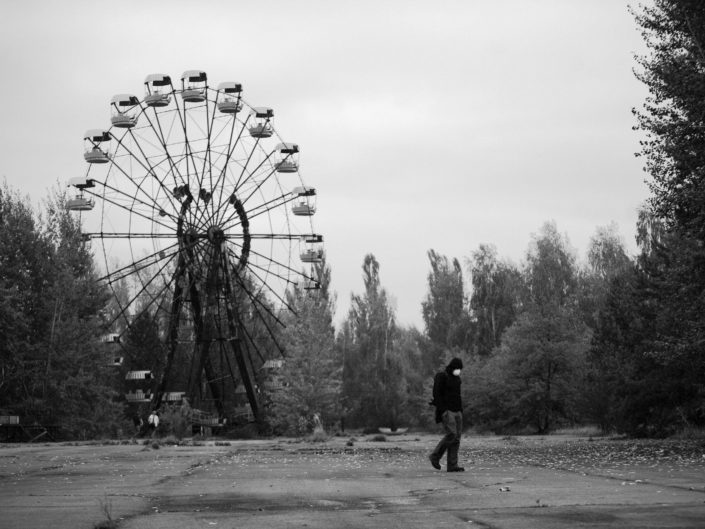 Big wheel of Pripyat. Pripyat was the greatest city evacuated. 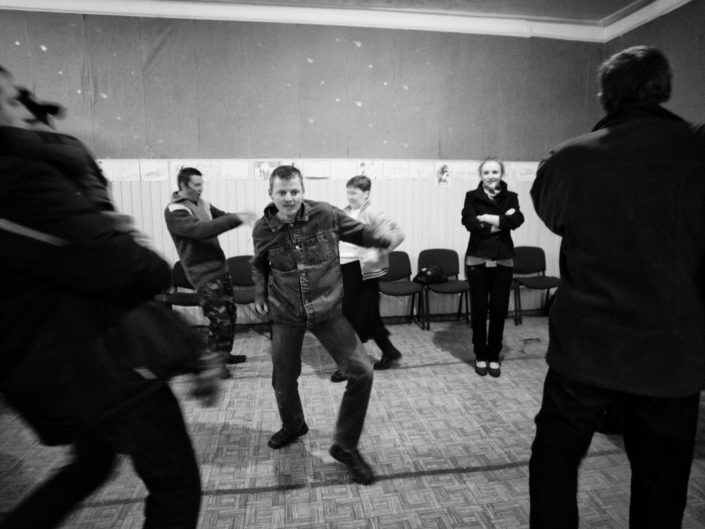 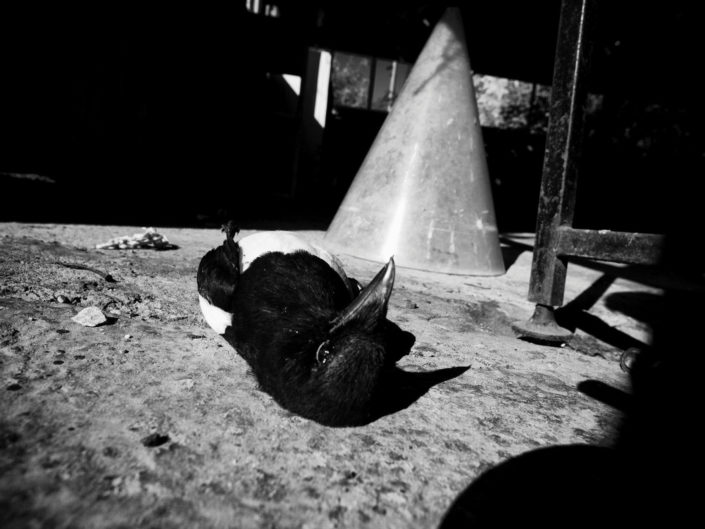 A dead magpie inside the exclusion zone 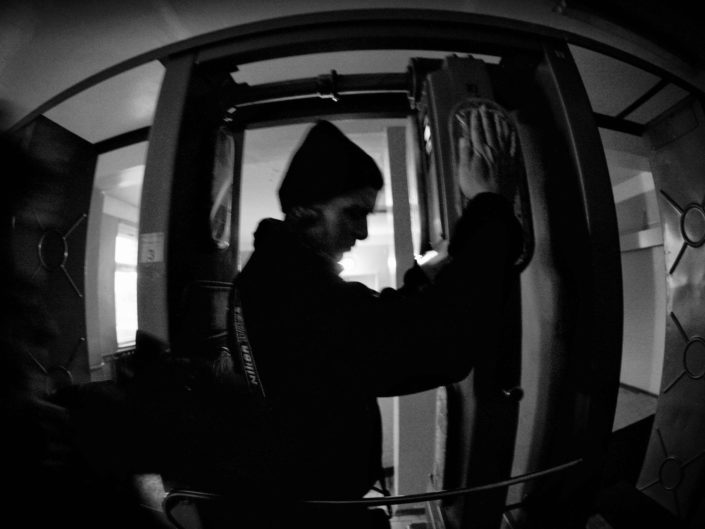 Decontamination Control to can leave the Exclusion Zone.

Celebration in Zoryn Village, this town adjoin the Exclusion Zone 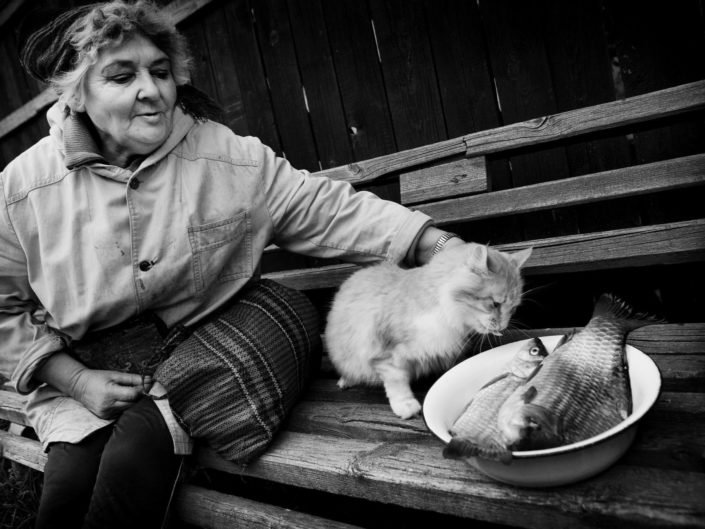 Despite authorities warn to don´t eat products from the Chernobyl surrounding areas, local people is really poor and they do to survive 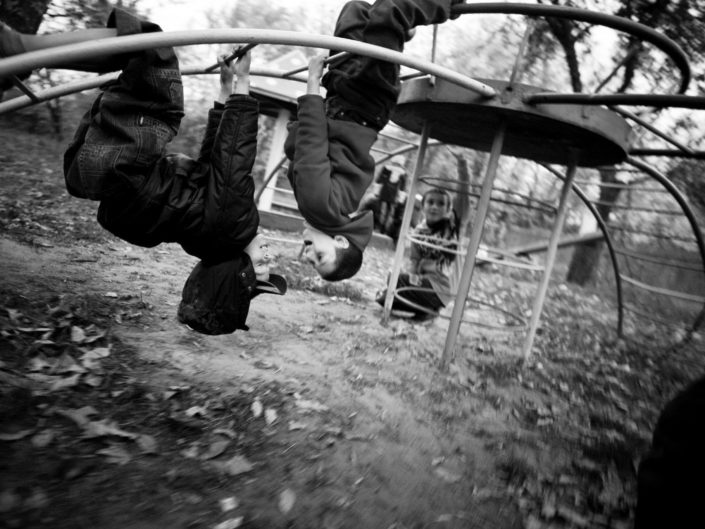 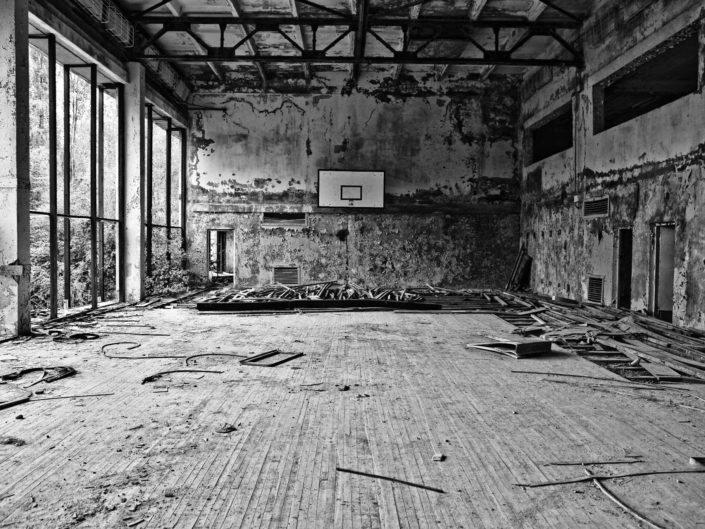 An abandoned basketball court in Pripyat, inside the exclusion zone 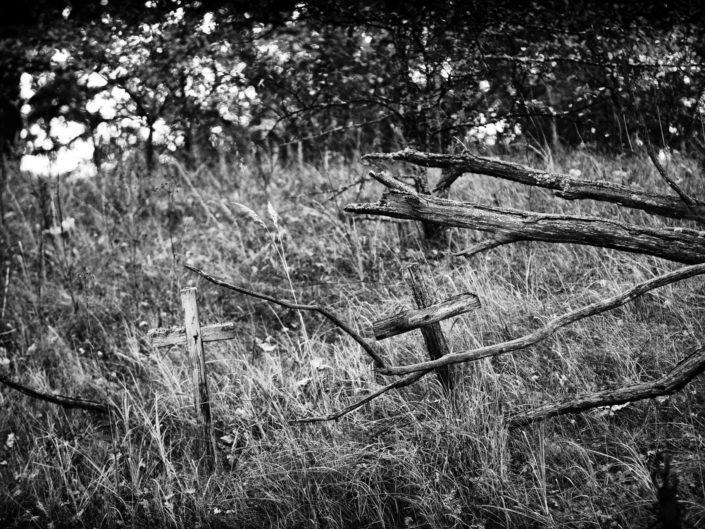 Graveyard inside the exclusion zone 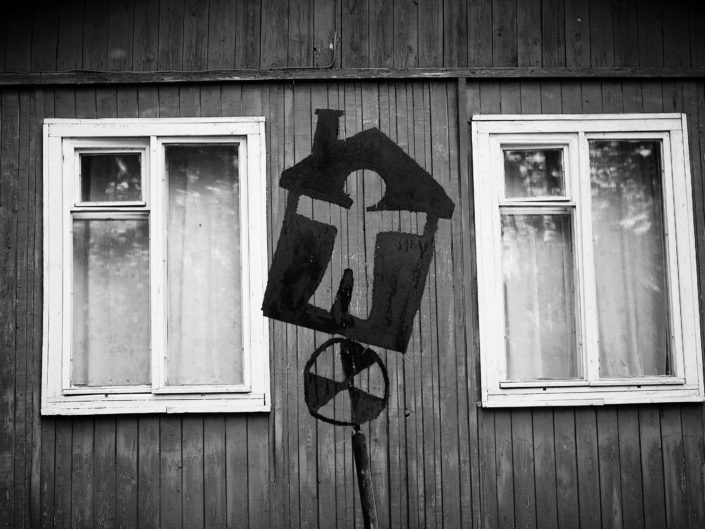